Our Valentine Panettone Returns to All Urth Caffés on Feb. 11

Just in time for Valentine's Day, Monday, Feb. 14, all Urth Caffés will begin offering our Valentine Panettone this Friday, Feb. 11, and available while supplies last. 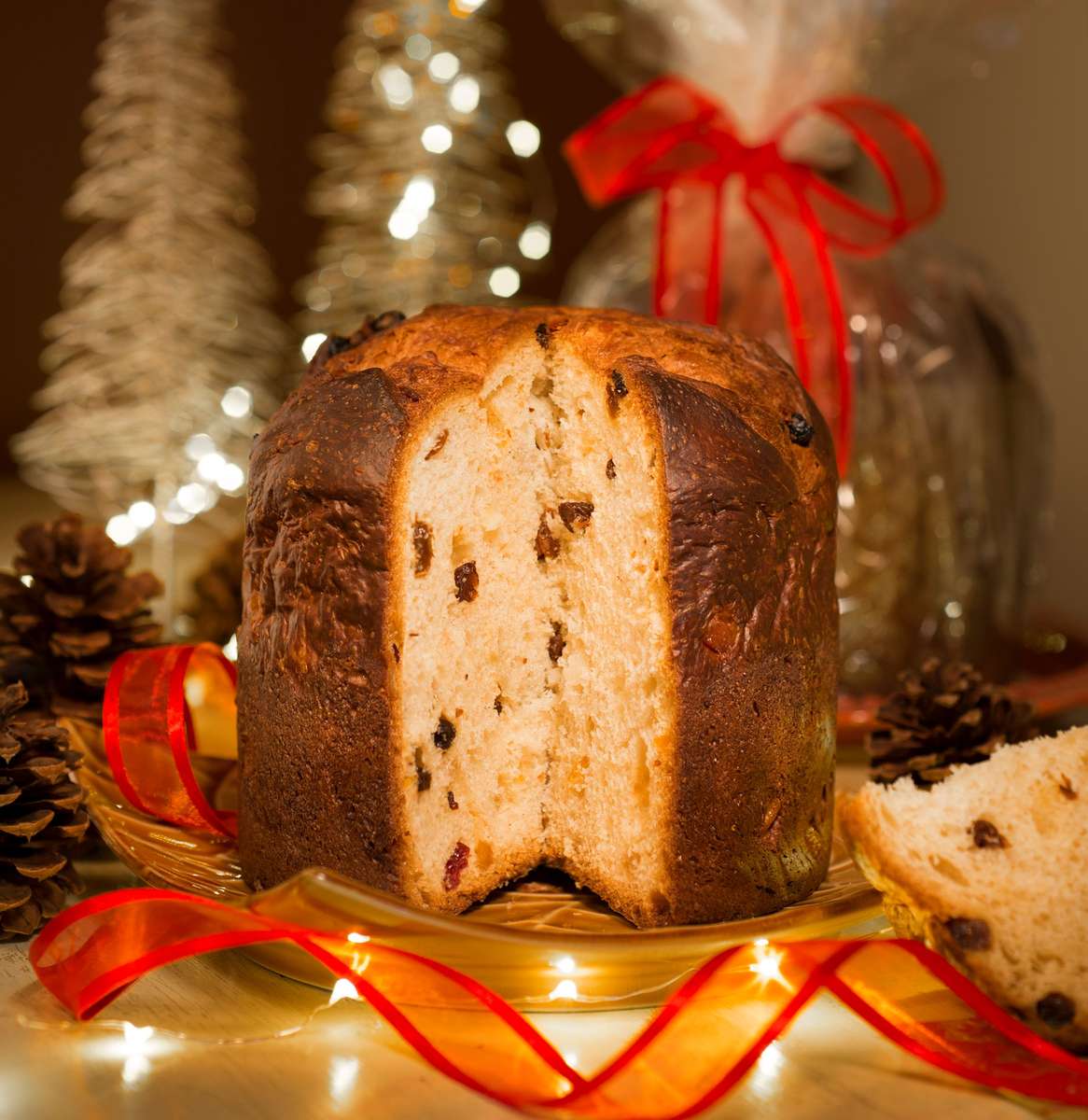 The Urth Christmas Panettone
with raisins and candied lemon and orange peels.

For the Valentine Panettone, Urth Caffé Master Baker and Chef Davide Giova adapted the traditional recipe by adding the best chocolate in the world (produced in Ecuador), candied orange, raisins and vanilla, adding a chocolate amaretto glace on top made with almond and cocoa. 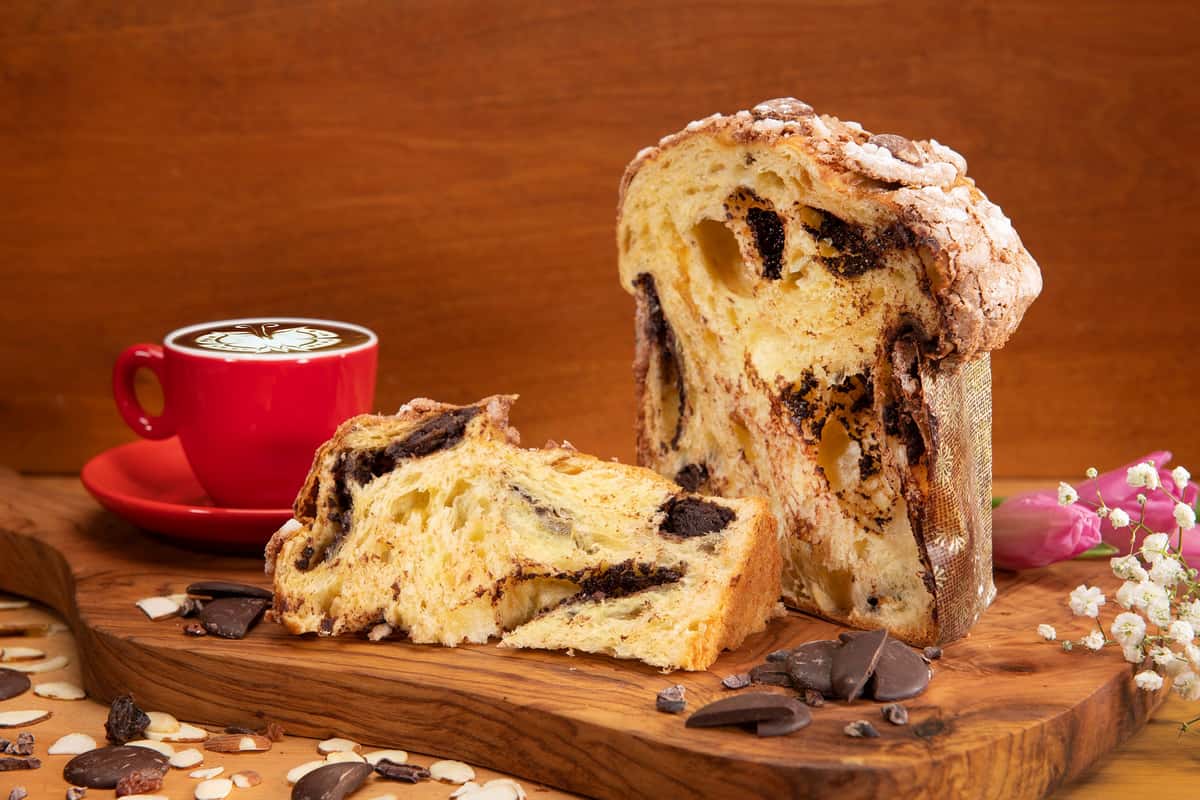 Davide grew up in Pegognaga, in northwestern Italy, where he watched his mother, grandmother and aunts preparing meals from scratch – fresh pasta, sauces, desserts – for the whole family.

"They inspired me to try culinary school," Davide said. "I was passionate about it and wanted to learn about it all, learn about different places, cooking, baking . . . making bread."

"I learned how to make Panettone when I was still living in Italia at a local pasticceria (bakery)," Davide explained. "I also attended a masterclass from maestro Rolando Morandin where I learned how to produce the panettone and the Pandoro (a traditional Italian sweet bread originating in Verona)."

He learned how to produce the most important thing for a panettone – the lievito madre (mother yeast or sourdough) to achieve outstanding flavor and fermentation.

He honed his culinary skills in some of the finest restaurants in Italy before coming to America as a pastry chef and baker for the legendary Santa Monica restaurant Valentino that closed in late 2018.
Davide brought all of that experience to making panettone in the traditional way for Urth Caffé.

The early origins of Panettone started in the ancient Roman Empire a special rising-dough bread recipe that used honey. It doesn't resemble the panettone of today, but early Romans are responsible for the principles behind the bread. This knowledge was passed down through ages until it ended up in the city of Milan.

At the beginning of the 1900s two Milanese bakers discovered the hidden potential of panettone. They both wanted to make tons of it and send it all over Italy. Angelo Motta is considered the innovator, and his special tall shape is the one seen today. His secret to success was letting the bread rise three times, for almost an entire 24-hour day.

Another baker, Gioacchino Alemagna, discovered this method and created his own brand – leading to some competition that became the foundation of Italian Panettone history. Many Italian immigrants brought Panettone to places in South America like Brazil and Argentina.

It takes about a week to develop the flavor and strain of the lievito madre (mother dough) by refreshing it every day by mixing it with fresh, high protein Manitoba flour.  The day you want to start making the panettone, you need to build up more strain on the lievito madre by fermenting it and refreshing it for three times with 4-hour fermentation each time.

The First Dough starts the process by mixing most of the ingredients and fermenting for 14-16 hours overnight at about 80 F temperature.

The rest of the ingredients – candied fruit, raisins, chocolate – are added to the First Dough to produce the Second Dough. Urth's Christmas Panettone is a traditional Panettone Milanese with candied orange and cedro (citron), raisins, vanilla, the best quality butter and eggs.

The Second Dough is divided into portions that are shaped and put into panettone molds (brown and gold wrappers) to ferment for about 9 hours that are then baked for about 45 minutes.

As soon they came out of the oven the loaves must hang upside down for a few hours to prevent them from collapsing in the center. Then they are put in cellophane bags to deliver for sale at Urth Caffés. 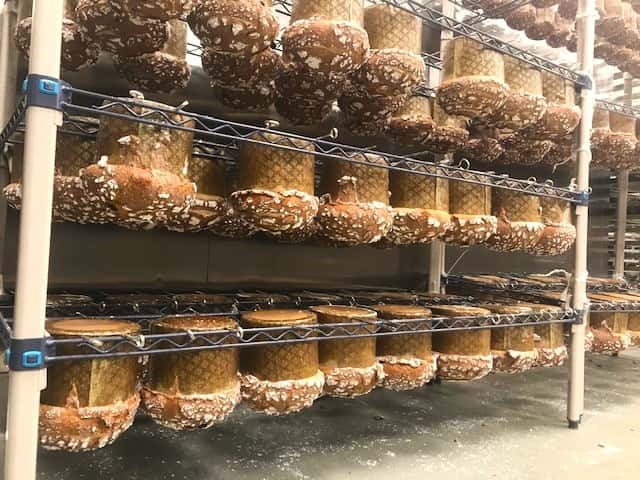 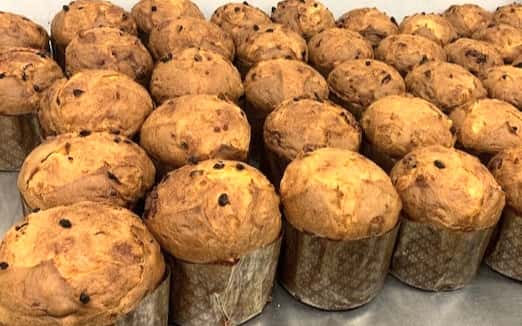 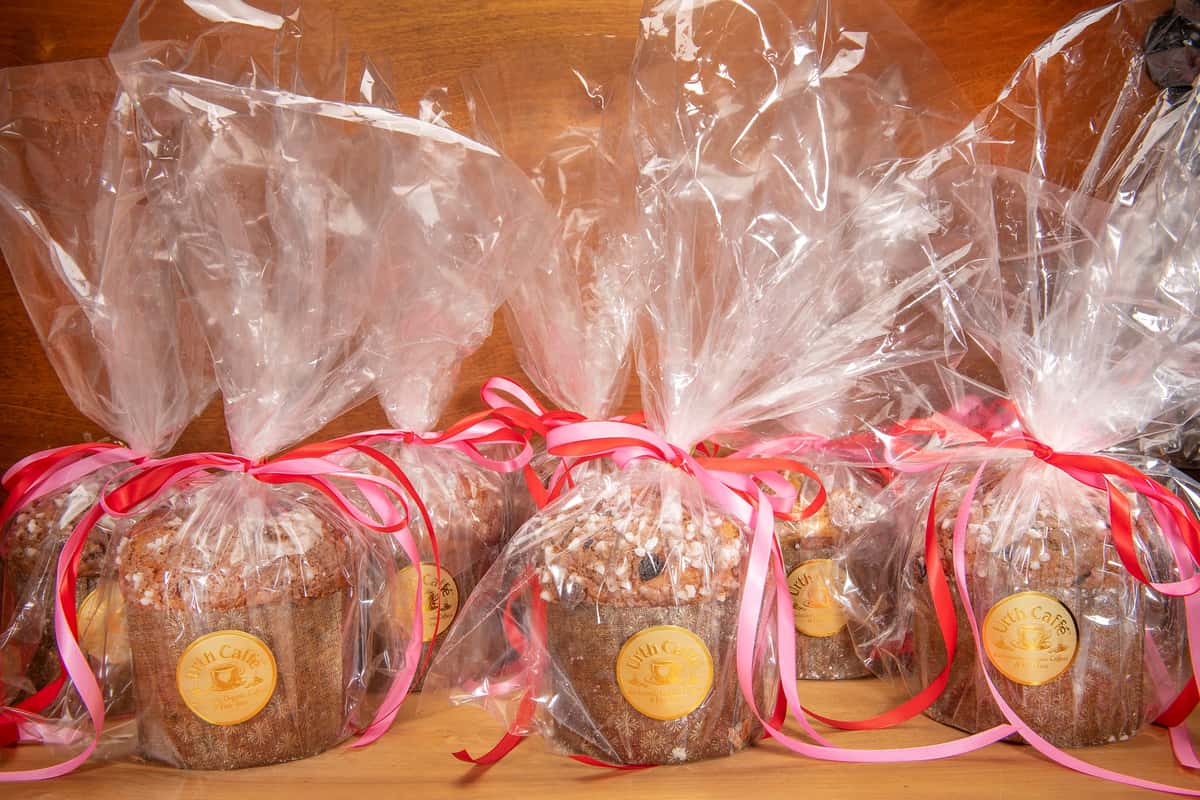 "I like to eat Panettone every day in the morning with a caffé macchiato or cappuccino," Davide said, pointing out the traditional way to eat panettone in Italy is as a dessert for the Christmas celebrations with a glass of spumante or prosecco.

Since panettone is like a brioche, some people use it for a flavorful French toast, too. 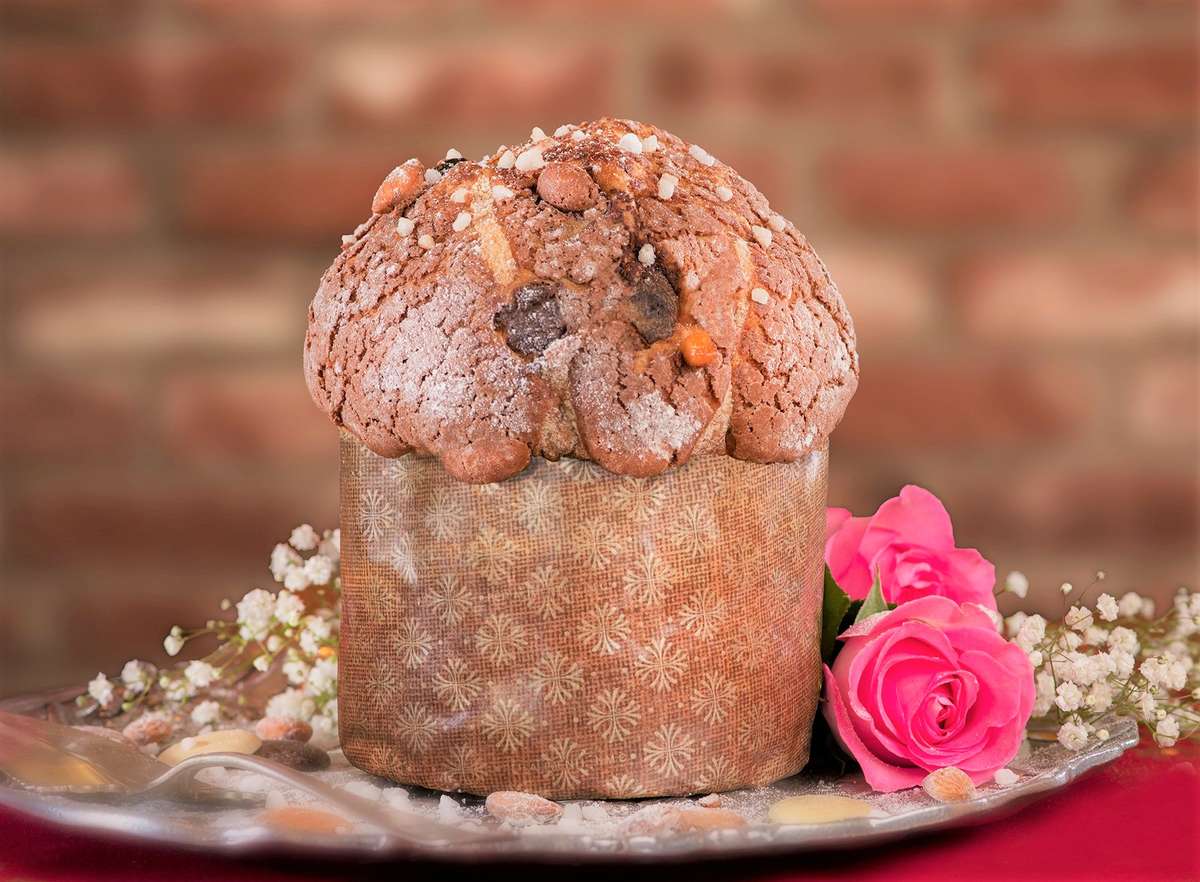 Pick up Urth Caffé's Valentine Panettone at all locations
beginning Friday, Feb. 11, and while supplies last.